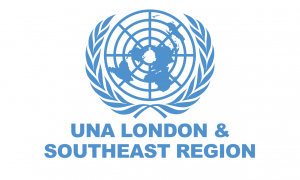 The United Nations Association, London and South East Region is here also referred to as ‘The Region’ or ‘LASER’.

1. Objects
The objects of LASER are to work in London and South East England to:
a. Support and engage with the work of UNA-UK;
b. Build public knowledge of the values, structures and work of the UN family of organisations;
c. Advocate support for – and participation in – UN programmes that help to build a safer, fairer and more sustainable world;
d. Stimulate debate and action on how to make the UN more effective;
e. Address global challenges, including by Influencing decision-makers and opinion-shapers;
f. Form and support branches of UNA-UK in its region

The Executive Officers shall be responsible for the day-to-day management of the Region subject to the decisions of the Executive Committee. Executive Officers are eligible for re-election, but will normally serve for no more than four consecutive years in the same post, with the exception of the Treasurer. The Secretary shall be designated the ‘main contact person’ for UNA-UK. After each LASER Annual General Meeting the names and addresses of all officers shall be notified to UNA-UK Head Office.

5. Meetings of the Region
a. LASER shall meet at such times and places as the Executive Committee shall determine, provided that the number of such meetings be not less than three each year. A special meeting shall be called upon
a written request sent to the Secretary and signed by two of the Executive Officers or by ten members of the Region, stating the business to be considered.
b. The Annual General Meeting of the Region shall be held before the end of December each year.
c. The notice convening a meeting of the Region shall be issued at least 21 days before the start of the meeting. Notice of motions and other matters for the agenda must be in the hands of the Secretary at least 14 days before the meeting. Officers, the Executive Committee, branches, youth groups, corporate members and any six members acting together have the right to send in resolutions and other matters for the agenda.
d. At all meetings of the Region, fifteen shall form a quorum.
e. When a motion is submitted in writing referring to a matter which has arisen too late for formal notice to be given in accordance with paragraph c) of this rule and it cannot readily be moved as an amendment to a motion already on the agenda, the Chair shall declare whether it qualifies for inclusion and it may then be admitted to the agenda on a two-thirds majority vote of the members of the Region present.
f. In the event of a tie on any motion, the Chair of the meeting shall have a second, casting vote.

Nominations for the Executive Officers and the Executive Committee must reach the Secretary not later
than 14 days before the Annual General Meeting.

9. The Powers of the Executive Committee
The Executive Committee shall have the power to:
a. Act on behalf of the Region in all matters, including finance, arising between Regional meetings;
b. Appoint such salaried officers of the Region as it may deem to be appropriate;
c. Appoint sub-committees with such duties and authority as it may deem expedient;
d. Fill casual vacancies occurring in its members or among the Officers between Annual General Meetings.

11. Finance
The Region shall be financially responsible for the management of its own affairs and be legally autonomous. The financial year shall end on 30th June. At each Annual General Meeting the accounts for the previous financial year, examined by an independent examiner, shall be presented. In the event of any proposed dissolution of the Region, the Executive Committee shall consider the distribution of any existing funds in the best interests of the Region’s objects.

12. Alterations of rules
The rules of the Region shall be altered only by the vote of at least two-thirds of the members present and voting at the Annual General Meeting of the Council or at a meeting of the Council specially convened for that purpose, with due notice given as set out by rule 6c.